In the last part, we created an empty window; now we want to add some text to it. We will create a class that extends the JFrame from HelloWorld just like last time, but this time our class will have a property called label that will be an instance of the class JLabel. We will also use an instance of the FlowLayout class to organise the elements on screen. The following imports will be needed:

Here is the code, copy it and we'll discuss it later:

Notice the constructor for the JLabel: it takes in two parameters, both of which are optional. The first is its text, the second is its alignment. We then use the add() method to add it to the window. Also notice how the setLayout() method is used to set the layout manager to a new instance of a FlowLayout. We will explore FlowLayout in a later part.

This should be outputted:

Play around with it. Try adding another JLabel with a different greeting. You may have to change the second parameter, the height parameter, of setSize() to fit it in. You will have to add another call to the add() method.

As you have probably noticed, with the code you currently know there is no way to change the size or font of the text on a JLabel. This does not mean that it is not possible. It is done using Font, and is done as follows:

There are a few things to be defined here. label is the identifier of a JLabel that I had delared and instantiated above. Then you have the new Font, which has 3 parameters. The first of which is the font type. I have used "Serif" here, but you could just as easily use something like "Times New Roman". The second is the format of the font. What I mean by that is that this includes things like italics, bold, plain etc. A full list can be found if you were to use this once you write the . after Font. The third and final one is possibly the most important, as it sets the size of the text. I have set mine to 45. Using the above code, and a bit more, I have created the following:

It may not say it outright, but this part is desgined to show you how to create something and add it to a JFrame, in particular, JLabels. But these JLabels are far more useful than just displaying a line of text. They can be changed on the push of a button, can be attached to almost anything and can display images, which is what this is about.

To set a JLabel (or a button, but you'll see that later) to contain an image, first you have to import the image into Eclipse. To do this, find an image and save it to your computer. Then, in Eclipse, click File in the top bar, and then click Import. This should give you the following screen: 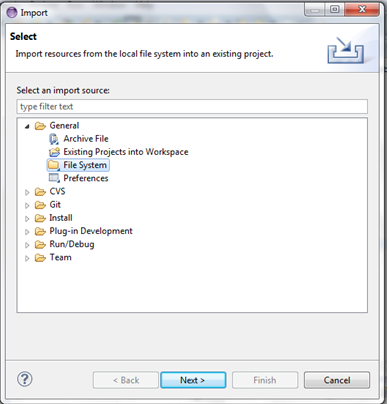 Then choose your file source, which will most likely be General->File System. This will then give you this: 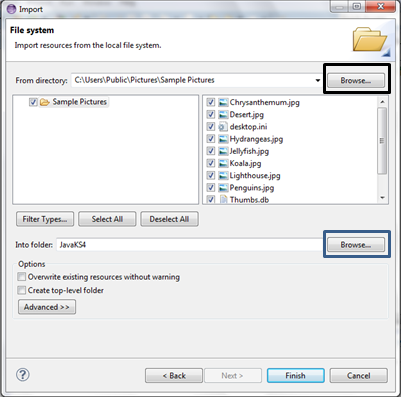 I have already filled this in. I have taken my pictures from the Sample Pictures folder, which I got when I clicked the Browse button (bordered in black) and followed the path Libraries->Pictures->Public Pictures->Sample Pictures. However you could store your images anywhere and find them. I then chose the folder to import them to using the Browse button (bordered in blue) and chose the folder JavaKS4, which is simply one of my folders.

That will import your images and make them easy to access. Now, back to the point. To create an image you will need to import javax.swing.ImageIcon and use code similar to this:

This should output the following, only it would be the size of the screen: 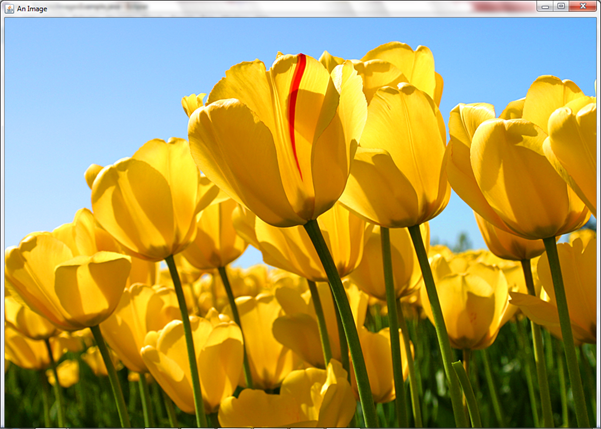 Try it yourself. Also research the getIconWidth() and getIconHeight() of ImageIcon and try them out too.

I just mentioned that the image will be the size of the screen, but what if the image is larger? In that case you would lose some of the image. For this reason it would be useful to have scroll bars so you could see all of the image. To do this you need to import javax.swing.JScrollPane. These scroll panes are very useful, as now your images can be infinite in size. To use these you will have to declare a new scroll pane first:

Then adding this to the constructor:

However this gives a lot less control over the scroll bars, for example without it you can set the bars to be on the image as needed, all the time or not at all. You can therefore create an image like this: 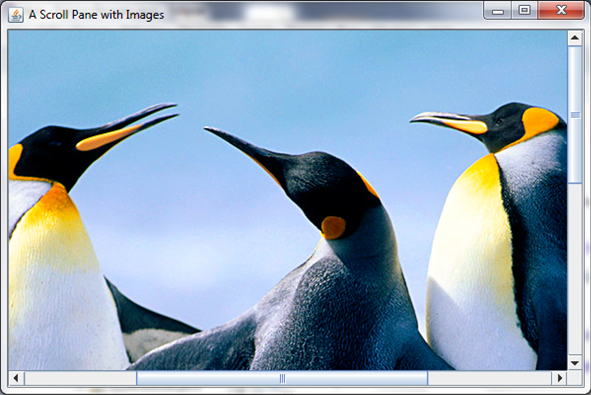 I think we need some buttons →